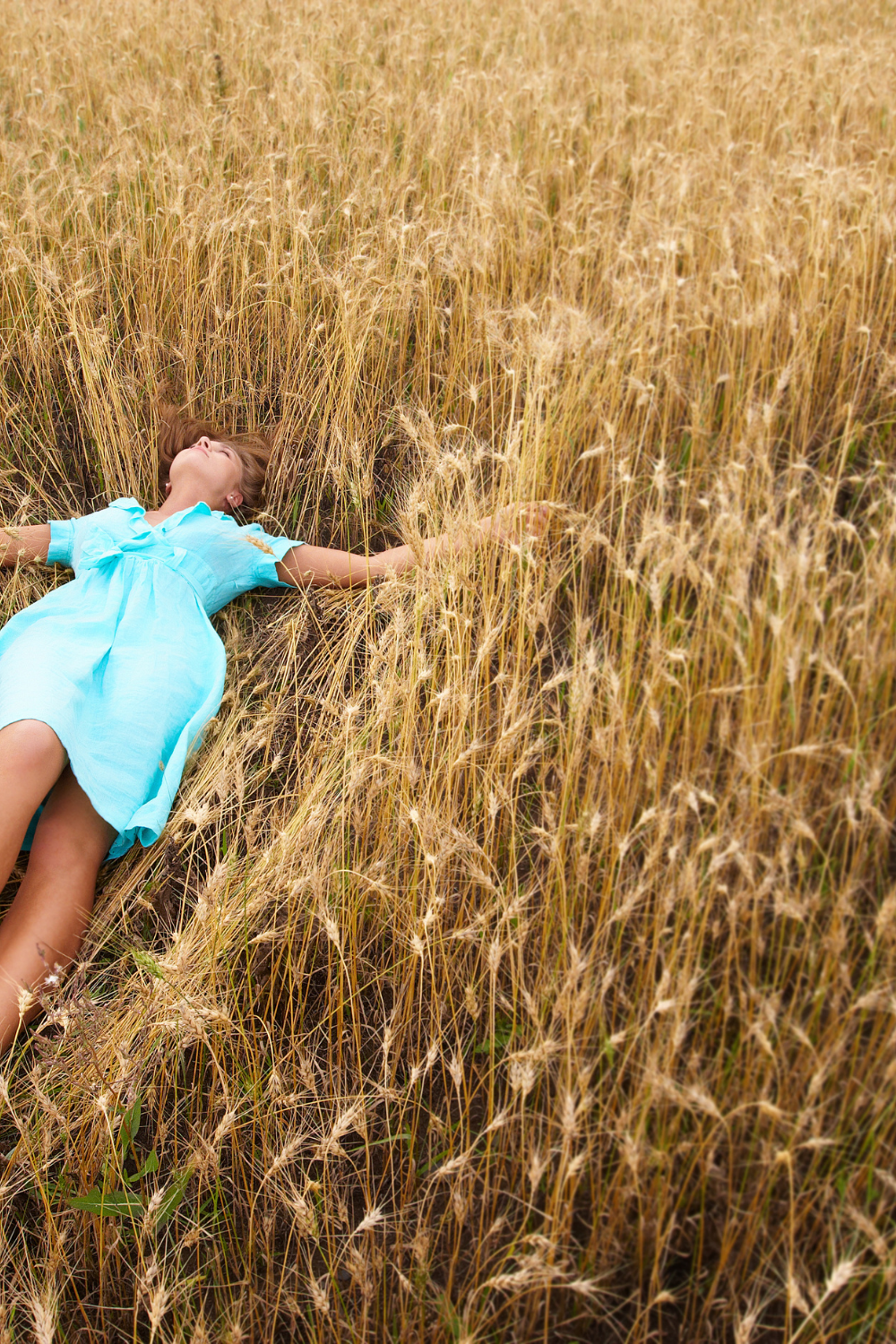 The first time I read chapter 9 of Grace for the Good Girl I bawled my eyes out. The way Emily was able to show me that, like the older son in the Prodigal story, I already have the love and acceptance of the Father. Somehow before that I had missed it and neglected to accept that He has already given me everything. All that is His is mine. The first time I read this chapter I realized that I too was working to gain something that I already had. And thinking I had to earn it in order to get it made me distrustful, so I held part of myself back from Him. Because I couldn’t fully trust I couldn’t fully love. The truth and the realization of how I was living shattered my fragile glass heart into thousands of pieces. In my brokenness I was finally able to feel the real love that God had for me. It was beautiful. It was unforgettable. I will always be grateful that Emily Freeman included this chapter in her book. It is a moment that forever changed me.

Given all that happened the first time I read chapter 9 of Grace for the Good Girl I was both excited and a little afraid to read it again. This time there were no tears. Yet I sit here, a little broken and stunned by what I found within the pages. One single statement stood out so boldly I’m not sure how I missed it the first time.

The prodigal wasn’t given a celebratory party while he was still proud and arrogant… He came back in a posture of receptivity and humility.
Emily Freeman, Grace for the Good Girl, Chapter 9

I read it and I realized immediately that, despite what I learned the first time through, I still have something in common with the prodigal’s older brother. Sinful self righteousness.

I can imagine the picture. The father so deeply saddened by the loss of his younger son. Spending hours thinking of him, missing him, mourning him. All the while bitterness grew inside the older son. He got angry that his father spent his time mourning his brother rather than praising him.

In time, the older brother became prideful of all the right choices he made. Everyone thought he was such a good son. People complimented him for staying and taking care of his father’s house after his brother ran off. His status grew as his reputation did.

But inside the older brother was ugly. His sins were the kind you can’t see. They were the sins of the heart. He didn’t mourn the loss of his younger brother. If anything, at times he was glad that his little brother had made such a huge mistake because it made him look even better.

The older brother didn’t stay behind to care for his father because he loved his father.
He stayed because to do so made him look really good.

The brothers started in the same place, at home in the father’s love.
Both grew a heart of arrogance and pride yet responded completely differently.
Ultimately, it was the prodigal who came to repentance.
All the older brother’s right choices were born of the wrong heart.
But because of his rightness he failed to see he had anything to repent for.

I wish I could tell you I couldn’t relate. But the truth is I totally can.
I am always the good girl, but often it’s for all the wrong motivations.

As I mentioned last week, I am obedient. Obedient to the very core.
I love rules, lines in the sand, to know exactly what’s expected of me.
Because I love to be good. God help me, I love it.

Truth: Repentance from a humble heart is the only cure for ugly.

For the next several Thursdays I will be writing my thoughts about Grace for the Good Girl. I would love to have you join me and the others in this author hosted book study. It’s not to late to join, just visit Emily Freeman’s blog, Chatting at the Sky.

My reflections from week 1 of Grace for the Good Girl.

My reflections from week 2 of Grace for the Good Girl.