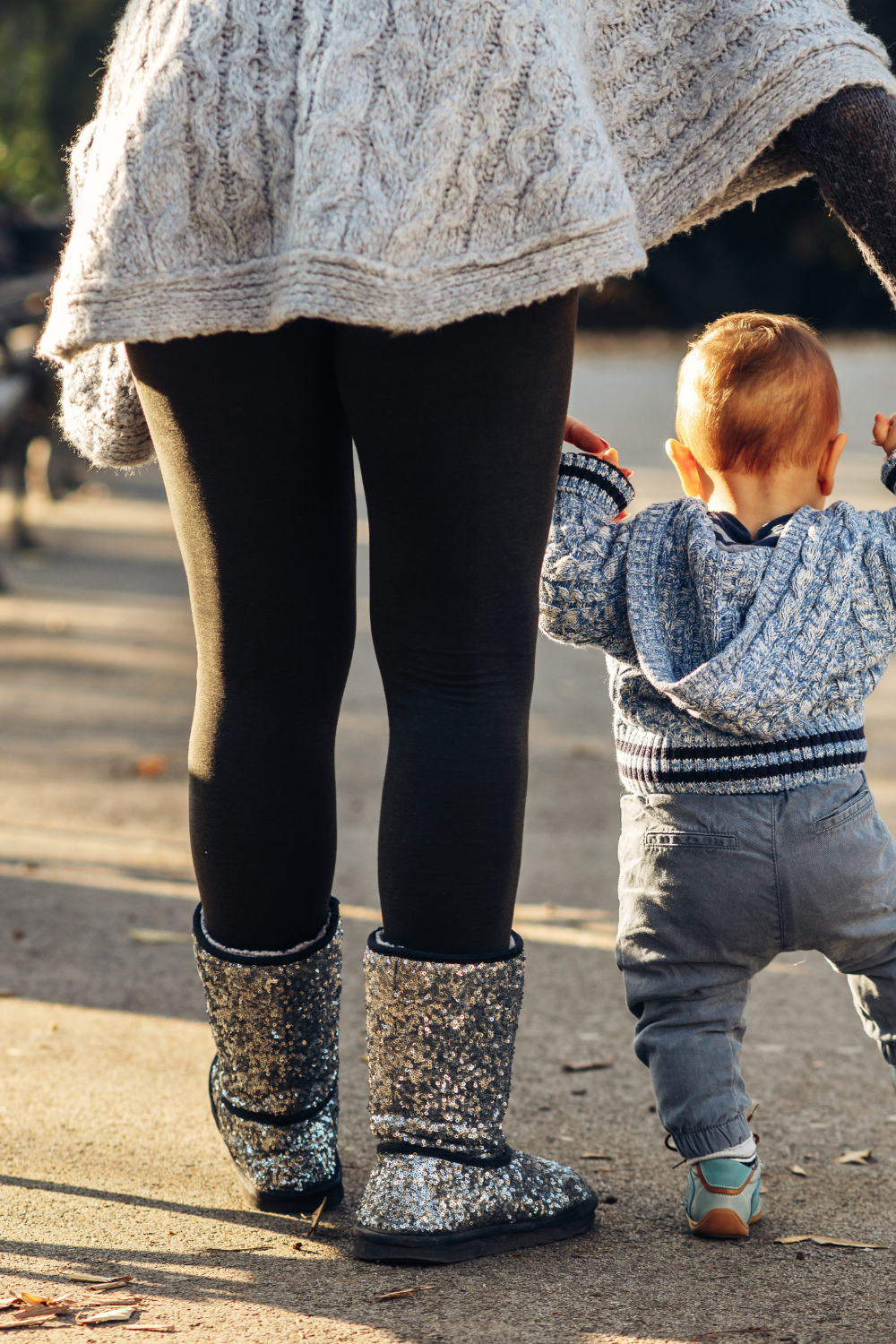 I let go.
Things didn’t go as planned.
And I am so thankful.

I headed to the mall to run a quick errand for my mom. I expected to just run in and run out. Clark went with me. As I headed back in the direction of the car Clark headed in the opposite direction.

And that’s when it happened.

I didn’t call him back toward me as I would usually do.
Instead of him following me I followed him.

By this point he was all smiles, realizing he was in charge. He talked to me a little, but mostly just led me around in circles, walking in front of me to make sure everyone knew who was leading who.

And I realized with pleasure, he’s the youngest. He rarely gets to be in charge.
This was kind of a big deal to him.

We visited 3 children’s areas, the pet store (where we looked eagerly at every pet from puppies to fish), we traveled up and down every escalator and set of stairs at least once, we stretched out on several benches to rest, and wandered rather aimlessly for a good 2 hours.

Then Clark decided where would have lunch. After lunch Clark wanted a cookie. I bought 3, gave him 2 and kept 1 for myself. We sat and watched people go by as we ate our cookies. After he finished his first cookie he broke his second one in half and gave the big half to me.

Today I let go.
Today I let myself be loved.
And by the end of Today,
I didn’t even have to fake it.

This site uses Akismet to reduce spam. Learn how your comment data is processed.